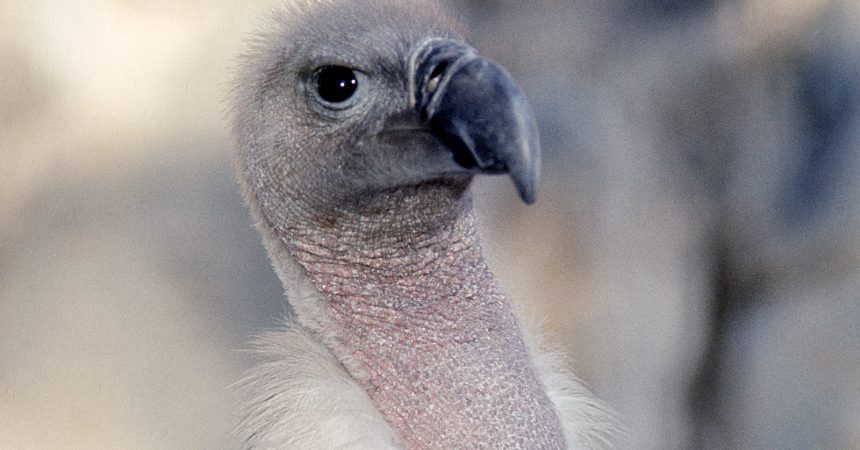 We are getting ready to celebrate some special birds during International Vulture Awareness Days at the Safari Park on September 2, 3, and 4. Join us for special displays and cool insight about these fascinating birds!

You may not think about vultures much. Or if you do, you might think of something ugly and gross, a bird you wouldn’t want frequenting your front yard. But once you get to know vultures, you realize there is much more to them than most people think. Vultures are intelligent, curious, and often quite beautiful. More importantly, vultures are a vital part of the ecosystem. Here’s a question you may never have asked yourself, but conservationists think about it a lot: What would happen in a world without vultures? We almost learned the answer to this question in India during the Asian Vulture Crisis, a decades-long disaster that nearly wiped out India’s vultures, and threatened human lives as well.

Starting in the early 1990s, vultures all over India were turning up dead. From 1992 to 2000, the Indian vulture population declined by 97 to 99 percent, and no one could figure out why. Finally, in 2003, biologists from the Peregrine Fund discovered the cause: diclofenac, an anti-inflammatory drug given to cows. If a cow died after receiving diclofenac, some of the drug could remain in its system. As the biologists discovered, diclofenac is deadly to vultures—it causes their kidneys to fail. At the time, only about 4 percent of India’s 500 million cows were eaten by humans; the rest were disposed of in carcass dumps where they would be eaten by vultures, which essentially poisoned large swaths of the vulture population. By 2000, India’s vultures had nearly vanished.

The disappearance of India’s vultures had wide-reaching consequences. Without vultures “cleaning up” the dead cows, other animals began feeding on them—most notably, dogs. India’s feral dog population exploded in the wake of the Vulture Crisis, growing to 5.5 million dogs. Inevitably, this much larger feral dog population interacted with people, resulting in 38.5 million more dog bites, and a sharp increase in rabies infections. Over the period of the crisis, an estimated 47,000 human deaths occurred due to rabies. 47,000 people died, due in part to the absence of vultures in the ecosystem.

Fortunately, steps have been taken to improve the situation for vultures, and for people. In 2006, the Indian government banned diclofenac for veterinary use—farmers now use meloxicam, an equally effective, vulture-safe alternative. In 2015, India also banned diclofenac for human use. With diclofenac out of the environment, vulture populations have begun to stabilize, and organizations like the Peregrine Fund and other NGOs are continuing to monitor the situation. Thanks to all these efforts, a potential ecological and epidemiological disaster was averted.

Next time you see a vulture soaring high overhead, I hope you appreciate the role they play in our ecosystem. A world without vultures would be a lot dirtier, and a lot less healthy. They may not be beautiful (to everyone), but vultures do an excellent job as nature’s cleanup crew.

Cameron Switzer is a senior keeper at the San Diego Zoo Safari Park. 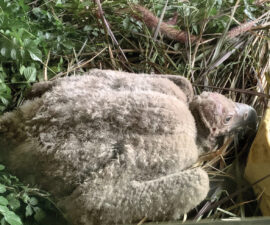