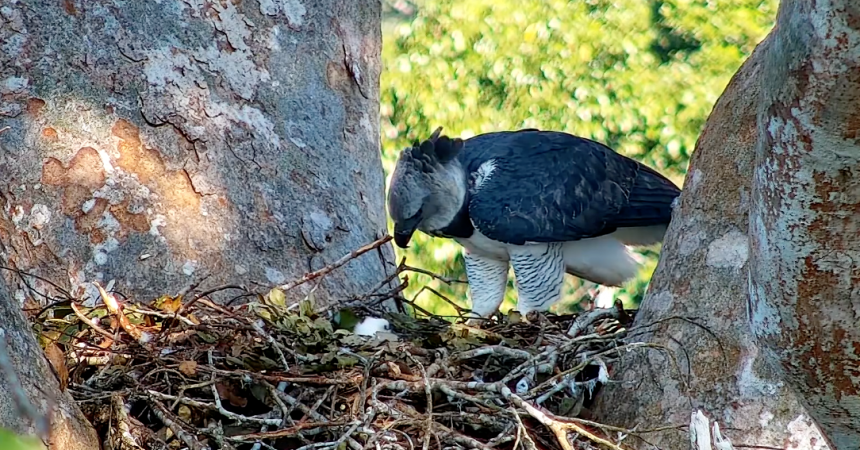 Deep in the Peruvian rain forest, San Diego Zoo Global researchers are getting a first-ever, up-close look at one of the Amazon’s top predators. A high-definition, 24-hour camera installed in the canopy is documenting a harpy eagle nest, allowing scientists to observe a pair of birds after the recent hatching of their chick. While previous observations of this apex predator species have been limited to small samples of data collected from the ground, this new perspective aims to evaluate the birds’ diet and breeding behaviors from the upper reaches of the Amazon.

“I’ve seen harpy eagles just four times in 15 years of research in the Amazon,” said Mark Bowler, Clark Endowed Postdoctoral Fellow, San Diego Zoo Global. “Now, we can see them round the clock. This research will not only increase our knowledge of these predators, but will also improve our understanding of their prey, including monkeys.”

Called the “HarpyCam,” the camera documents the daily behaviors of a monogamous pair—male Baawaja and female Kee Wai—and their chick. Harpy eagles build some of the largest nests in the rain forest canopy, and researchers estimate this pair’s nest measures 4 feet, 11 inches (1.5 meters) across. Harpy eagles have a low reproductive rate, hatching a chick once every two to three years; so scientists eagerly welcomed the new chick last weekend. While both parents incubated the egg, the female, Kee Wai, took on most of the responsibilities. Following the hatching of their chick, both parents are feeding and caring for the youngster. The research team intends to keep the camera on the nest throughout the chick-rearing phase, which can take up to two years.

The HD camera is strategically focused on the harpy eagle nest, situated near the edge of Tambopata National Reserve. Researchers from San Diego Zoo Global have been working with local partners at Rainforest Expeditions to manage the video feed as part of a larger citizen science project, AmazonCam Tambopata. Guests at the Refugio Amazonas lodge managed by Rainforest Expeditions also have the opportunity to visit the nest, learn about the research being done and observe the birds in their remote rain forest habitat.

Harpy eagles (Harpia harpyja) are listed as Near Threatened on the International Union for Conservation of Nature’s (IUCN) Red List of Threatened Species. Hunting and habitat loss have contributed to a decreasing population in the birds’ native range in Central and South America. By partnering with Rainforest Expeditions, San Diego Zoo Global’s research efforts, combined with the ecotourism benefits of the Refugio Amazonas lodge, provide the HarpyCam eagles protection and preserved habitat.

Rainforest Expeditions is an ecotourism company with science at its core. In 1989, the company built its first lodge, Tambopata Research Center, in order to have a base for researching the macaw population at the Colorado clay-lick. Twenty-eight years later, Rainforest Expeditions continues supporting research and conservation of the rarest species of this imperiled ecosystem. Rainforest Expeditions has three lodges in Tambopata, Peru, and the largest number of excursion offerings in the Amazon. For more information visit rainforestexpeditions.com. 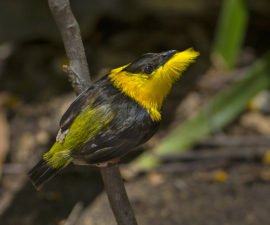 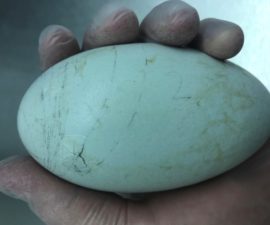