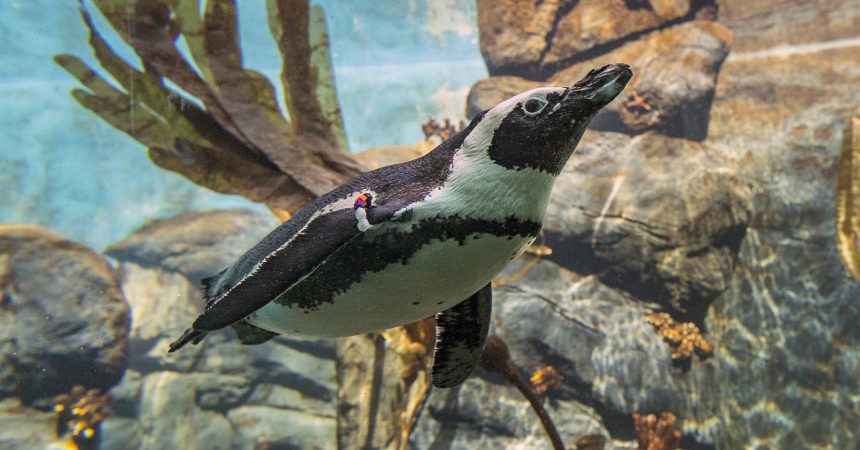 It’s a monumental week for African penguins at the San Diego Zoo. Animal care staff began the birds’ gradual introduction to their new Cape Fynbos habitat in the soon-to-open Conrad Prebys Africa Rocks. After initial introductions, the curious colony explored the cobble beach, plodded into the pool and swam throughout the deep end, surveying their expansive underwater world.

In keeping with San Diego Zoo Global’s dedication to animal care, the penguins were moved in two phases. A group of five animal ambassador birds, which were previously housed at the Children’s Zoo, were given early access to explore their new habitat and serve as mentors to the new colony members. A day later, 15 additional penguins—ranging from juveniles to adults, from several Association of Zoos and Aquariums (AZA) accredited facilities—joined the mentor group. This gradual process allowed time for the animals to comfortably settle into their new area before it opens to the public. “We are thrilled to see the new group of birds integrating so well with the animal ambassadors,” said Joop Kuhn, animal care manager, San Diego Zoo Bird Department. “African penguins are colony birds, so after the ambassador group met the new penguins, they led the others around the space, both on the beach and in the pool. As the most endangered penguin species, we’re excited to raise awareness for these birds and establish an assurance population here at the San Diego Zoo’s new Conrad Prebys Africa Rocks.” The new Cape Fynbos penguin habitat in Africa Rocks features a cobblestone beach surface, penguin nesting areas and rockwork that mimics the granite boulders found at Boulders Beach in South Africa. The 70-foot-long and 10-foot-wide habitat will also include a 200,000-gallon pool for the penguins that stretches 170 feet, with depths up to 13 feet. It is the largest penguin habitat in the Zoo’s history.

The African penguin is listed as Endangered on the International Union for Conservation of Nature (IUCN) Red List of Threatened Species. Once one of southern Africa’s most abundant seabirds, the species has suffered a massive population decline over the past 28 years—from an estimated 1 million breeding pairs to only about 23,000 breeding pairs today. Historically, penguin eggs and guano were commercially harvested, which had a devastating effect on the population. Although both practices were abolished toward the end of the 20th century, other threats—including a lack of readily available food due to overfishing, climate change, oil and marine pollution, habitat degradation and predation by seals, sharks and land-based predators—continue to decrease their population. San Diego Zoo Global participates in the Association of Zoos and Aquariums’ Species Survival Plan (SSP) program for these endangered aquatic birds and partners with the Southern African Foundation for the Conservation of Coastal Birds (SANCCOB) to help facilitate conservation programs in South Africa.

Visitors to the San Diego Zoo can see the new colony of African penguins when the Cape Fynbos habitat at Conrad Prebys Africa Rocks opens on July 1, 2017. 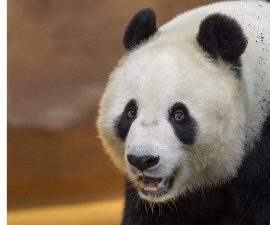