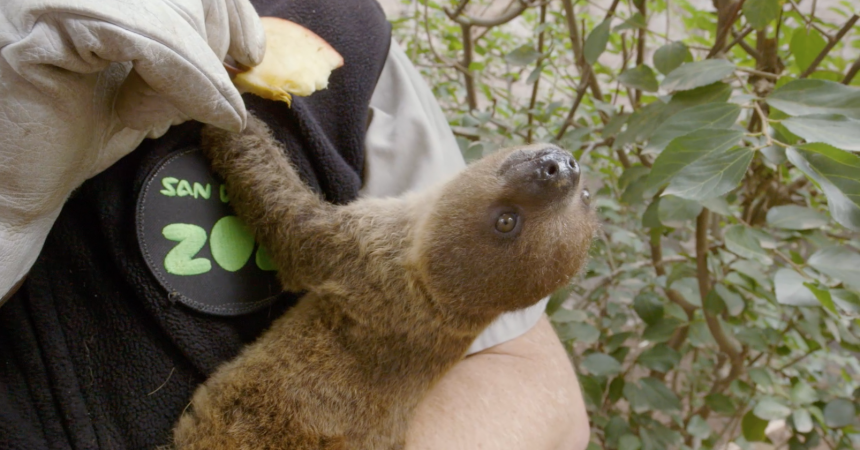 A baby Linné’s two-toed sloth received its first health check at the San Diego Zoo this week. The baby, born Oct. 12, 2016, now weighs 1.43 pounds (.65 kilograms), and staff saw four teeth during the exam. A hair sample was sent to a lab for analysis to determine if the baby is male or female, since it is difficult to determine the sex of a sloth at this age.

The baby is typically found clinging to its mother, Consuelo, in a nesting box at the Harry and Grace Steele Elephant Odyssey sloth habitat. Keepers report that the baby is eating solid foods and likes apples. Sloths may begin eating solid foods as early as four days old, but they also continue to nurse until they are four months old, when sloth mothers typically wean their babies.

To acclimate the baby to being handled for routine health checks and veterinary exams as part of overall animal welfare, keepers work with the baby and the mother on a regular basis. Consuelo is attentive but calm while the keepers hold and interact with the baby .

Guests visiting the Zoo might not be able to see the sloths because they are nocturnal. However, animal care staff have observed that the baby is becoming more independent and is starting to venture away from Consuelo, so guests may have a better chance of seeing it if they stop by the exhibit closer to dusk.

Thousands of years ago, now-extinct ground sloths roamed the United States. They ranged in size from a dog to an elephant, had long claws and ate plants. . Today, sloths are found in the tropical and cloud forests of Central and South America. 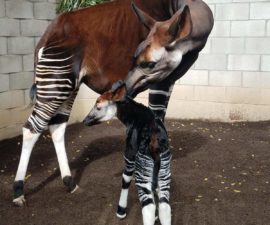 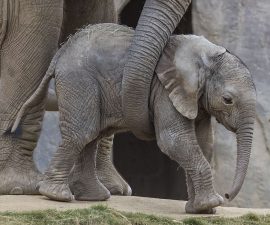 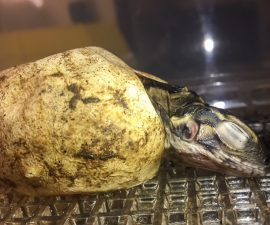