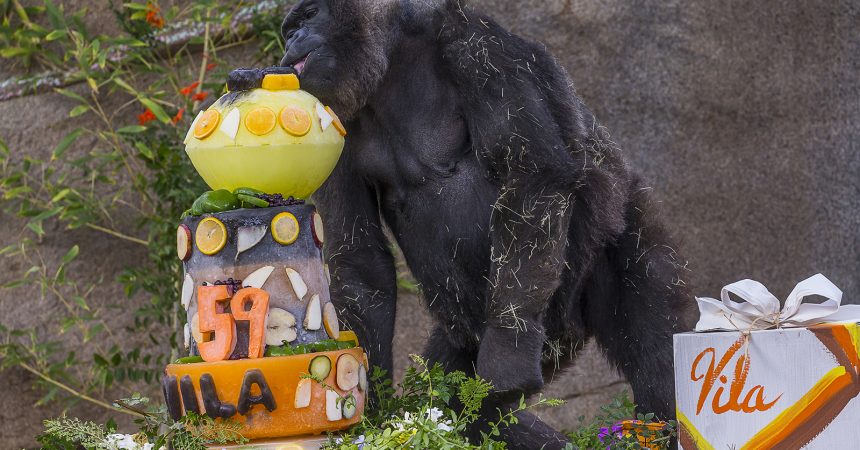 You could say it was a celebration of two birthdays at once. This morning (Thursday, Oct. 27, 2016) Vila (pronounced VEE-la), the third oldest gorilla in the world, marked her 59th birthday at the San Diego Zoo Safari Park with a festive party that included all nine members of her family. This year’s birthday celebration was extra special because just last week, Kokamo, one of the gorilla troop’s other females, gave birth to a healthy baby girl. Today’s event provided guests and animal care staff a unique opportunity to see one of the world’s oldest gorillas celebrate her birthday with possibly the world’s youngest.

To mark this momentous occasion, animal care staff, horticulture staff and volunteers filled the gorilla exhibit with fall-themed enrichment items—including pumpkins, gourds, multicolored browse, streamers, jack-o’-lantern bags filled with popcorn and other edible treats—and the Nutritional Services department’s signature ice cake. Each member of the troop, including birthday girl Vila, entered the habitat and immediately started to partake of the buffet of tasty snacks scattered about. It was the smaller ice cupcakes with sweet potato puree frosting that caught Vila’s eye; and she grabbed the nearest one, reclined on her stomach and indulged in the birthday treat.

Help us wish Vila a happy 59th bday! ? ? Coming a week after Kokamo gave birth, today offered a unique opportunity to see one of the world's oldest #gorillas celebrate with possibly the world's youngest. #EndExtinction #sdzsafaripark

Vila is estimated to have been born in October 1957, in the Congo. After arriving in the United States, Vila was hand-raised at the San Diego Zoo and later moved to the Safari Park, where she has lived since 1975. Vila is the matriarch of five generations, and she has served as a surrogate mother for several hand-raised western lowland gorillas during her lifetime.

Despite her age, Vila is in excellent health and continues to thrive at the Safari Park. Keepers say that while she is slower than she used to be, she is still a vibrant part of the troop.

“Vila is an essential member of the gorilla family,” said Peggy Sexton, lead keeper in the mammal department at the San Diego Zoo Safari Park. “She may be in her later years, but she is still active and enjoys playing with baby Joanne and the teenage boys, Monroe and Frank. Many times, you can find her sitting next to the troop’s silverback, Winston, who watches over her constantly.”

Gorillas are listed as “critically endangered” on the International Union for Conservation of Nature (IUCN) Red List of Threatened Species. Threats to the species include people hunting gorillas for food, called bushmeat, and loss of habitat due to logging and mining. The past 15 years have seen a dramatic decline in gorilla numbers, with almost half of the entire eastern gorilla species population believed to have been wiped out. San Diego Zoo Global has partnered with multiple organizations and local conservationists in Uganda, Rwanda, the Democratic Republic of the Congo and Cameroon to shed light on gorilla genetic variations across regions, and to promote community-led conservation initiatives. 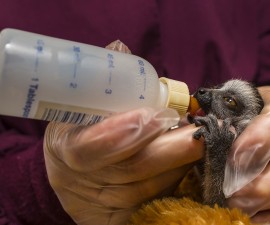 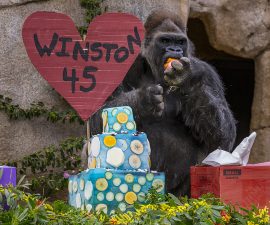 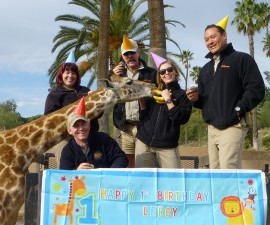