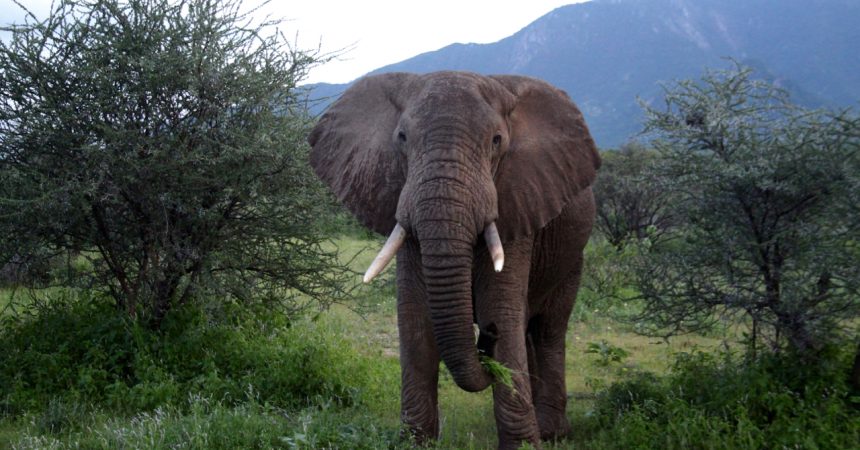 Namunyak Wildlife Conservancy in Samburu County of northern Kenya has opened the first community owned and managed elephant orphanage in Africa. The Reteti Elephant Sanctuary is situated in the remote Mathews Range, among Kenya’s second largest elephant population. It will take in orphaned and abandoned elephant calves, with an aim to release them back into the wild herds adjoining the sanctuary. This is the result of a widely recognized and expanding grassroots movement of community-driven conservation across northern Kenya—a movement that is growing new economies, transforming lives and conserving natural resources.

“San Diego Zoo Global is delighted to be part of a new approach to caring for the orphaned elephant youngsters that come into the Reteti preserve,” said Douglas G. Myers, president/CEO of San Diego Zoo Global. “This facility will work to ensure that elephants will maintain bonds to other elephants, rather than humans—an approach that we expect will allow earlier reintroduction back into the herd.” A partnership of Namunyak Wildlife Conservancy, Samburu County Government, Kenya Wildlife Service, Northern Rangelands Trust, San Diego Zoo Global, Conservation International, Tusk Trust, The Nature Conservancy and Save the Elephants, together with several individuals, has seen the Reteti Elephant Sanctuary established to be able to house and care for young elephants. Five keepers, all from the Namunyak area, have been formally trained in the care, rehabilitation and release of elephant calves. An elected board from within the community will oversee all operational aspects of the sanctuary. This facility also houses a mobile elephant rescue team that works daily on elephant rescue, community awareness and the mitigation of human/wildlife conflict.

While elephant poaching elsewhere in Africa continues at unsustainable rates, as highlighted in the recent Great Elephant Census, the proportion of illegally killed elephants in north Kenya’s community conservancies has fallen 53 percent since 2012. Nevertheless, there are still elephant calves orphaned or abandoned, resulting from a variety of instances that include poaching, man-made wells and natural mortality.

It is estimated between five and 10 elephant calves are rescued in north Kenya each year, from a population of an estimated 8,700. The sanctuary was established in response to demands from the local community, who recognize wildlife as an opportunity to improve livelihoods. The Kenya Wildlife Service and Samburu County Government have promoted the establishment of the new sanctuary, recognizing the wish of the local community to retain their elephants within Samburu County, and seeing local communities taking a lead in rescuing, rehabilitating and releasing elephants within their home range.
Of the five the elephant keepers, all recruited from within the conservancy, Mary Lengees and Naomi Lechongoro have perfected the skill of returning lost calves back to their family herds. Since March, they have successfully returned five abandoned calves to their families and have not yet needed to hand raise any individuals. This is the primary aim of the sanctuary, with elephants only being taken into care as a last resort. 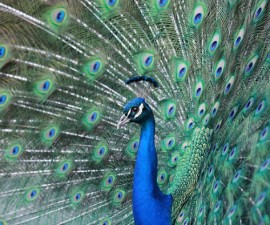 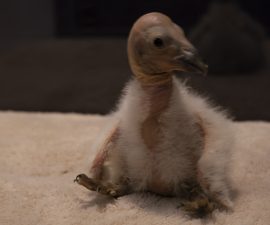 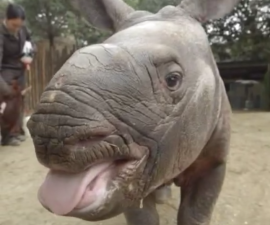