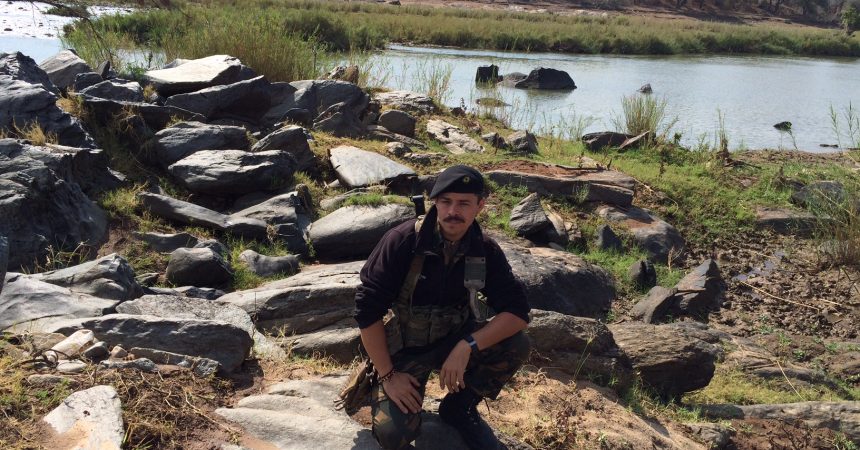 The headline read: “Rhino Undergoes Medical Exam for Suspected Bullet Wound”; and as a keeper at the Safari Park and as an anti-poaching ranger in southern Africa, the news hit home for me in many ways. What is unusual, however, is that this headline would normally come from a source in Africa, but this time it came from my home here, in San Diego. I’ve spent the majority of my career in San Diego working at the Safari Park with rhinos and other African hoofed species, in large open field exhibits. As years passed and the elephant and rhino poaching crisis escalated, I found it impossible not to get involved in the fight against extinction. At the end of 2013, my love for rhinos—especially northern white rhinos—drove me to travel to Africa to become an anti-poaching ranger and risk it all to fight against poaching. At the Safari Park, I’ve had the privilege of being one of the primary caretakers for Angelifu (AKA “Ange”) and Nola, two of the last northern white rhinos. They lived a great life under the care of our team with “breakfast in bed”, mud baths, and daily back scratches. However, I also had a daily reminder while working alongside these gentle giants that extinction had become very real for the future of the species. The loss of Ange, in 2014 and Nola, in 2015, two of my favorite animals, was difficult—even more so as they were two of the last of their species. The fact that I stared human-driven extinction in the face every day made me want to change the future for their species. Before their passing, Ange and Nola enjoyed retirement at the Safari Park in the large exhibits of Southern and Central Africa, with all things catered, safe from dangers of poachers. However, many of their relatives did not and still do not have such luxury. As an anti-poaching ranger working in various parts of Africa, I have seen the true “rhino war.” The first three rhinos I encountered in the wild ended up being the very same rhinos I had to do crime scene investigations on, just three weeks later. All had been shot and killed for their horn. For poachers, there is a huge payoff to poaching rhino horn. Illegal wildlife trafficking is an international crime syndicate system fueled by a demand in parts of eastern Asia. The current rate of loss (three to four rhinos per day!) is an unnatural and unsustainable rate which has surpassed the birth to death ratio. This means that without intervention, we could see rhinos go extinct in the wild in as little as 5 to 10 years. Even with armed and highly trained rangers working hard to protect them 24/7, poachers are still successful. It is important to continue with multiple conservation techniques to save rhinos. Checking up, while on patrol, on a group of rhinos who frequent a spot near a road

The recent rescue of the six rhinos from South Africa, now living at the Nikita Kahn Rhino Rescue Center (NKRRC), has highlighted the reality they faced while still in their native home. It was potentially a narrow escape for Wallis. They are exponentially safer here than they were within the reach of poachers and are under the best care the world has to offer. And while the future for rhinos in the wild remains turbulent, it is import not to lose hope. As an organization, San Diego Zoo Global continues to create awareness, provide education, and develop plans to rescue and or save the remaining rhino species. The NKRRC has proven to be a vital step forward to prevent extinction and has provided hope for the future of northern white rhinos.

Mike Veale is a senior keeper at the San Diego Zoo Safari Park. You can read more about his anti-poaching work in Africa in the ZOONOOZ article Beneath the Poacher’s Moon. 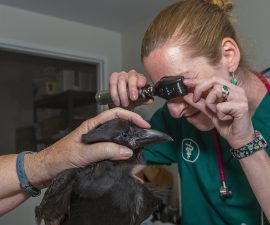 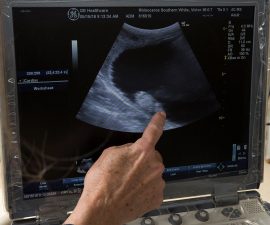 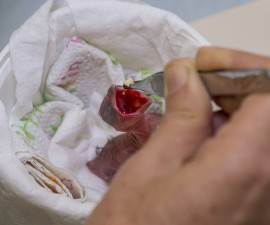