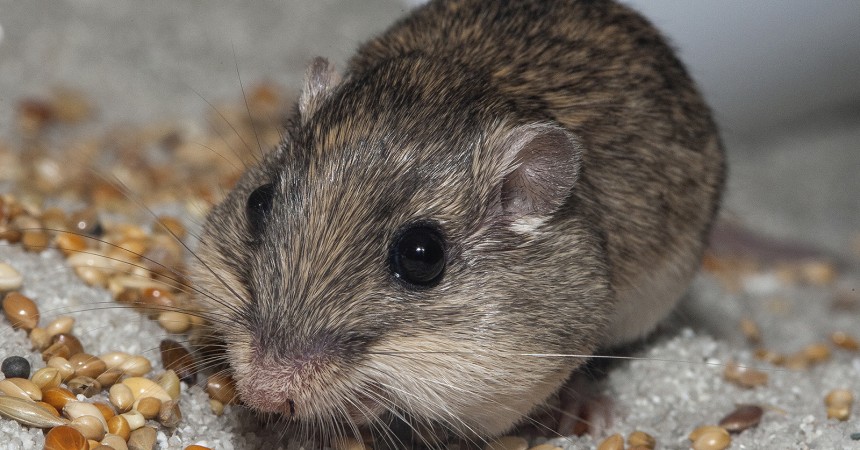 A group of 50 endangered Pacific pocket mice spent the last week adjusting to life in Laguna Beach, Calif. They lived in man-made underground nest chambers and burrows built from biodegradable materials, covered by acclimation cages, inside the Laguna Coast Wilderness Park, part of OC Parks. Then, last night (June 13), a team of seven biologists removed the acclimation cages, releasing these animals back into their historic range to establish the fourth wild population of this critically endangered animal.

During a press conference today at the Nix Nature Center, representatives from OC Parks, the U.S. Fish and Wildlife Service, the California Department of Fish and Wildlife, and San Diego Zoo Global provided details about the latest phase of the Pacific pocket mouse recovery program. “I’m really pleased the Pacific pocket mouse reintroduction has gone so well,” said Debra Shier, associate director of applied animal ecology for the San Diego Zoo Institute for Conservation Research. “For the last week, they’ve been moving the nesting material into the burrows; and during our observations, they’ve been displaying all of their natural behaviors. Last night the acclimation cages were removed and these mice, founders and captive-born are back in the wild.”

Staff from the San Diego Zoo Institute for Conservation Research will provide supplemental food for the 50 Pacific pocket mice through September. This population will be monitored for several years to watch how it develops. The relocation comes exactly four years after Pacific pocket mice were brought from remaining populations at Dana Point Preserve and Marine Corps Base Camp Pendleton (in June 2012) to provide the foundation of a captive breeding program at the San Diego Zoo Safari Park. The Pacific pocket mouse breeding facility currently cares for more than 100 animals.

The 50 pocket mice transferred to Orange County went through predator aversion training at the breeding facility. Some of this training consisted of playing a recorded warning call from a Pacific pocket mouse when the breeding facility mice were exposed to a snake behind plexiglass. A taxidermy owl on a zip line was used to acclimate the mice to the overhead threat of an owl in the wild. The released Pacific pocket mice have a small microchip under their skin that allows staff to identify each animal. Biologists expect to return to the site for observations and trappings, and they will be able to scan the microchips to identify which mouse is which and track health information, including weight and size—and, perhaps, whether they are pregnant.

Summer is the breeding season for the Pacific pocket mouse, and some of the 50 pocket mice released are expected to raise pups in their burrows this season. The gestation period for a Pacific pocket mouse is 23 days, and the species can reach sexual maturity in about 41 days. Because of this, pocket mice can reproduce and give birth to or father pups within the same breeding season—which runs approximately from March to September. “We are honored to welcome the Pacific pocket mouse back into its historic range, in the Laguna Coast Wilderness Park,” said Barbara Norton, supervising park ranger, OC Parks. “We’re so proud of our amazing OC Parks system, and it’s exciting to know that this species will contribute to the health of the ecosystems within the parks. The Pacific pocket mouse is the smallest mouse species in North America, with adults typically weighing between 6 and 7 grams (about the same as three pennies). This nocturnal species was thought to be extinct in the 1980s, but it was rediscovered in 1993.

“Saving the Pacific pocket mouse from extinction has been accomplished through collaboration with numerous federal, state and local partners,” said Michael Long, division chief, listing and recovery, for the U.S. Fish and Wildlife Service’s Pacific Southwest Region. “Across Southern California, the service is working with its partners to conserve our native species and their habitats.”

In 2011, the U.S. Fish and Wildlife Service, California Department of Fish Wildlife, San Diego Zoo Institute for Conservation Research and other conservation partners decided the Pacific pocket mouse couldn’t be recovered solely from populations in the wild. In June 2012, 22 adult Pacific pocket mice were taken from the three remaining wild populations along the California coast to participate in a breeding program at an off-exhibit area at the San Diego Zoo Safari Park. An additional eight mice were collected from the wild populations by 2014. The breeding program was designed to increase the overall population, while maintaining genetic diversity in the species. In the wild, the three Pacific pocket mouse habitats are separated by human development, so there was no chance for these populations to interbreed.

Funds to support the Pacific pocket mouse breeding program have been provided by private, state and federal funds, including grants totaling more than $800,000 from the Federal Endangered Species Act Traditional Section 6 Grant fund, administered by the California Department of Fish and Wildlife. 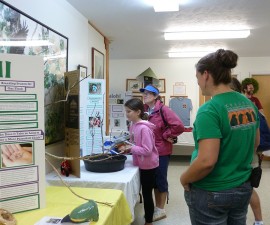 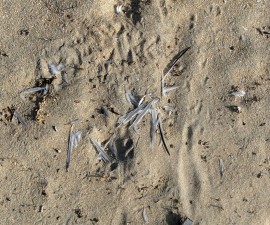 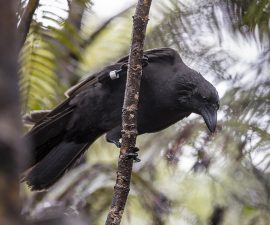