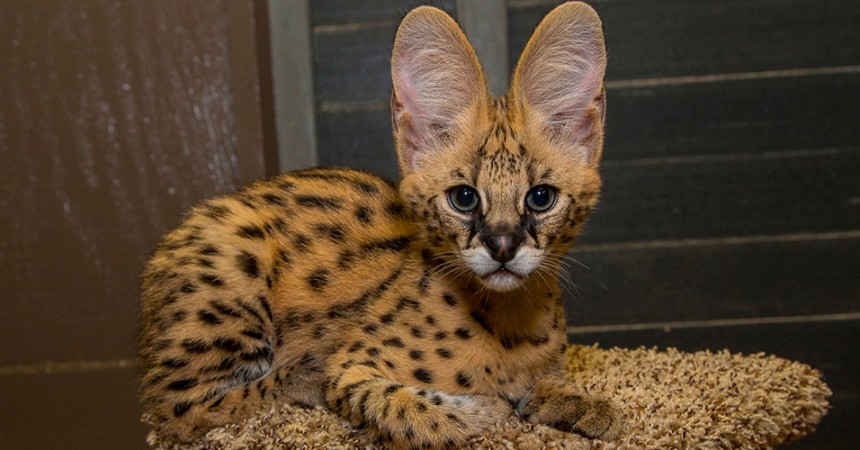 Unlike that conniving wolf, the ears on these nine animals truly are “all the better to hear you with, my dear.” Besides their gumdrop nose and teddy bear body shape, koalas have highly sensitive ears that help these marsupials detect low-pitched bellows of other koalas. Servals have the longest legs and largest ears for their body size of any cat. Ultrasonic hearing ability allows the serval to hear the high-pitched communications of rodents, and because of this, servals are quick and efficient hunters. For canids, the fennec fox has the largest ears in relation to its body size. The ears can be half the length of its body, and they do double duty—allowing the fox to hear prey moving around underground, and also helping to dissipate heat under the hot desert sun. The one of a kind aye-aye uses its large radar-like ears to hear grubs moving under the bark of a tree, and then it taps its specialized middle finger along the tree until it locates the right spot to pry open. Bat ears are often five or more times the size of a bat’s head. Their unique use of echolocation enables them to “see” their world and detect prey, by emitting short bursts of high-pitch sounds that bounce off objects and return to the bat as echoes. The bat-eared fox is also known for its colossal ears, which are over five inches tall. Like its fennec counterpart, the ears on a bat-eared fox are full of blood vessels that shed heat and keep the animal cool. Those big ears also give them an excellent sense of hearing. Elephants emit low, resounding calls that can be heard by others up to five miles away. But elephant ears also act like air conditioners—as they flap, the blood flowing through the numerous blood vessels cools the elephant’s large body on warm days. Owls have an incredibly acute sense of hearing. Two large holes in its skull, coupled with a facial disc that channels sound into the ear openings, enable an owl to hear a mouse stepping on a twig from 75 feet away. The most noticeable feature of a caracal is its black ear tufts, or tassels. Although many theories speculate their function, the most widely accepted theory is that the cat twitches its tufts to communicate with other caracals. 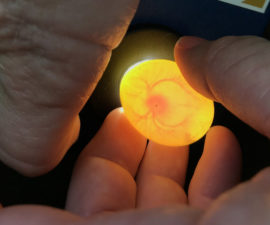 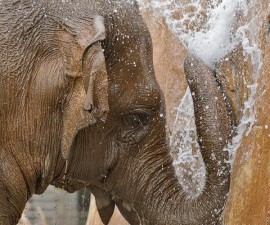