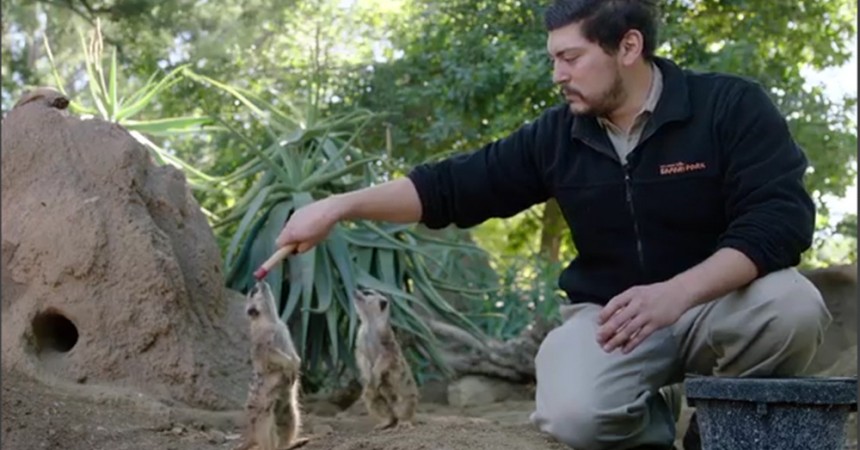 A mob of meerkats are participating in a unique training program at the San Diego Zoo Safari Park that will allow the animals to voluntarily participate in their medical care, such as standing on a scale to measure their weight.

“In target training, the target acts as a ‘follow me,’ and we are able to tell them they did a good job with the clicker,” said Sylvester Martinez, keeper, San Diego Zoo Safari Park. “When they touch the tip of their nose to the target, that’s when I give them a click. That’s when they know they performed the right behavior.”

Meerkats are members of the mongoose family. They live in underground burrows, in a large group of up to 40 individuals called a gang or a mob. These large groups provide the meerkats with safety, as well as companionship. The mob is made up of several family groups, with one dominant pair that produces most of the offspring,

Movies and television shows have brought meerkats a lot of attention, with many people wondering if they can have a meerkat as a pet. Although they may look cute, meerkats—like all wild animals—do not make good pets.

Visitors to the Safari Park may see the meerkats in Nairobi Village. 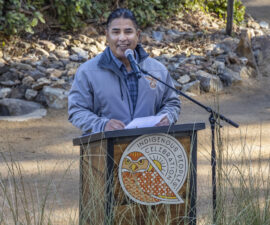 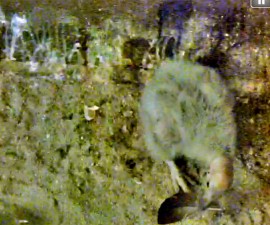 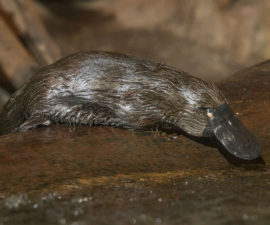