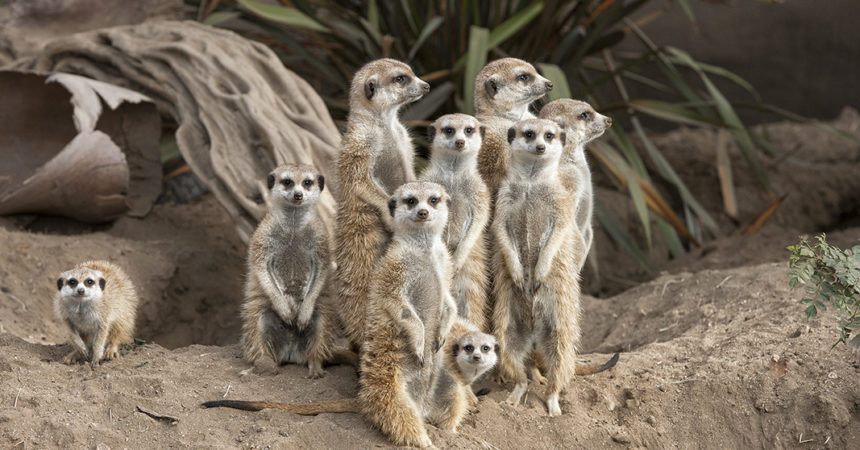 Mealtime is a profoundly social activity, and humans aren’t the only species that come together to satiate their nutritional needs. As we prepare to give thanks around heaping tables of festive cooking, let’s consider our friends in the animal kingdom that can also appreciate a meal together. A king may lead a pride of lions, but it’s the females that bring home the actual bacon. Their smaller and lighter physique makes lionesses more agile and faster when it comes to catching prey. Dinner typically comes at dusk and dawn, after the group takes down and sometimes relocates their meal to a safe spot for feasting. Like other dogs, dholes form super packs that hunt together. Packs range from 5 to 12 members, but sometimes groups will join forces to hunt and share prey before separating into their original smaller packs. This is similar to those distant relatives who come home once or twice a year, if only to score a huge holiday meal. Spotted hyenas do more than just scavenge for meals together. The bigger the clan, the larger its prey—including young rhinos, wildebeests, zebras, and cape buffalo. After they bag a meal, hyenas bring new meaning to the phrase “lick the plate clean” and eat practically every part of the animal, including the skin, hooves, bone, and teeth. Yum! Meerkat mobs understand the value in numbers. Even though individuals typically find their own food, meerkats sometimes share the task of capturing and enjoying larger prey, such as lizards. Let’s be honest—humans typically don’t gather their extended family together for every meal (could you imagine?), but special seasonal moments unite our gang in a similar fashion. In contrast, gorilla troops travel, sleep, and eat together on a regular basis. A gorilla’s diet is made up of primarily plant material, so luckily for them, the forest they call home is like a huge restaurant buffet. Habitat destruction is a major threat facing species like gorillas, so we must work together to preserve the forests these primates and many others feast on. Orangutans tend to be more solitary and relaxed than other great ape species, like Thanksgiving dinner party on chill mode. Troop members would rather feed together peacefully, keeping an eye on the youngsters, than swing from tree to tree in search of fruit. Like gorillas, elephants live in close social groups and graze for browse together to satisfy their healthy appetites. Unlike other mammals, elephants grow throughout their lifetime, so you can imagine how large their habitat needs to be. And like gorilla habitats, we have to do a better job at protecting these areas. Flamingos may be pretty in pink, but large swaths of birds, sometimes referred to as a flamboyance, share the same shallow muck during mealtimes. In other words, every bird double dips. Their eating habits involve a lot of backwash, but their bills are specifically designed to filter out mud and trap tiny morsels, including algae, diatoms, and small aquatic crustaceans. Vultures tend to look at any meal as a Thanksgiving meal, because they never know when or where the next one will take place. Once carrion is located, the information is relayed quickly and quietly to surrounding birds, and masses land to join the feast. For nature’s cleanup crew, you don’t want to be the last to the table. Herd animals, like zebras, mow the fields together as a group, in part because herd immunity makes larger groups of prey harder to attack. Since zebras are grazing and grinding food for hours each day, their teeth have adapted to grow throughout their lifetime. Mongolian wild horses, aka Przewalski’s horses, live in distinct social groups that spend large amounts of time grooming one another. When they aren’t reinforcing social bonds and keeping each other clean and tidy, members all graze and rest together, too. 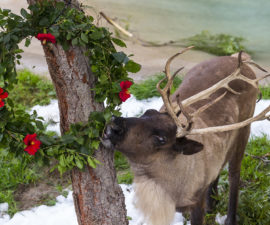