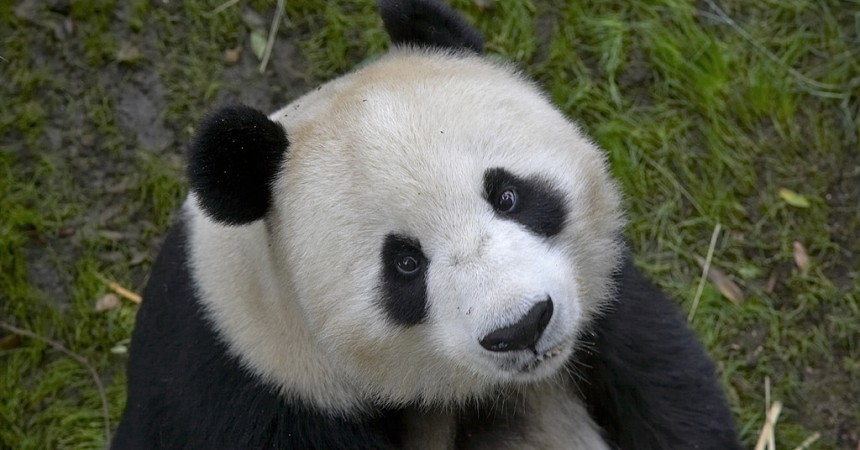 Bai Yun is back on exhibit and delighting guests.

As we enter fall at the San Diego Zoo, things start to slow down in the Panda Canyon. Bai Yun did not have a cub this year and she is enjoying her alone time.  She is back on exhibit, so everyone can visit her in person or through Panda Cam. She’s doing well and is good at reminding her keepers that she is the Queen B (as in Bear). If she doesn’t get her way, she knows how to get her keepers attention by climbing the small elm tree in her exhibit.

Gao Gao has now moved off exhibit but you may sometimes see him on Panda Cam relaxing on his shelf.  He is also enjoying his air-conditioned bedrooms and his daily back scratches from his keepers. As Gao Gao ages, we are watching him and monitoring his health more closely. An example of this is his participation of presenting his arm for blood pressure readings once a week.  We get important information, and he gets to enjoy his favorite treat of honey water during these training sessions.

Xiao Liwu continues to excel with all his training. He, too, gets his blood pressure read once a week as a comparison to Gao Gao’s readings. He has not had to learn any new behaviors lately, but he has learned to train his keepers. Mr. Wu now asks for several back scratches, just like his dad! He is now considered a subadult and has been having several highly energetic bouts playing with his enrichment toys and destroying plants. He has been testing several tree branches in his exhibit—we find them the next morning.  He has turned into a mighty little bear at 157 pounds (71 kilograms) and is almost bigger than his dad, who weighs 169 pounds (77 kilograms).

I hope all of his fans heard that Mr. Wu won the “snowball fight” (a friendly fundraising effort) against the polar bears. We are looking forward to a snow day once the weather gets cooler in San Diego. The date is tentatively set for November 14, but we will keep everyone updated if that day changes. 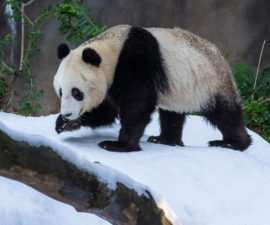 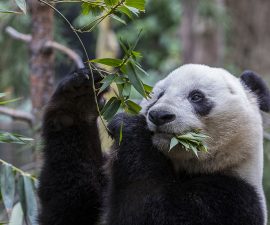 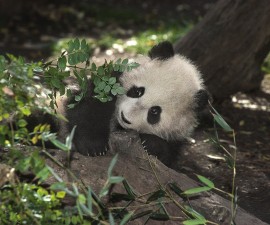