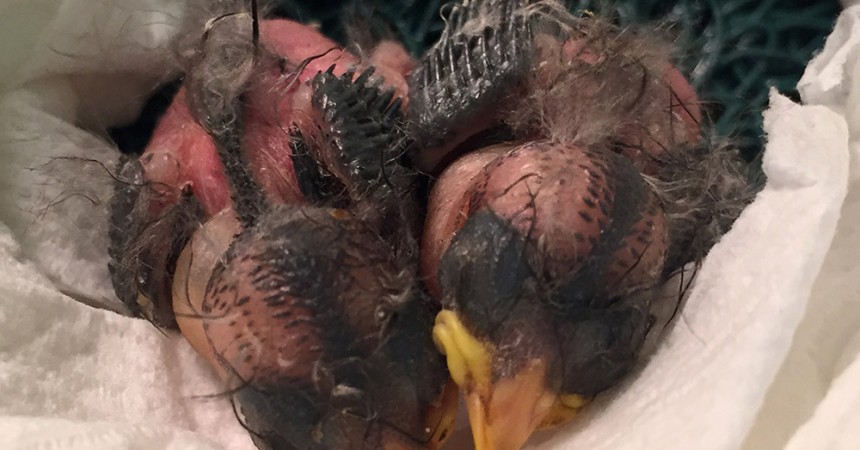 The first three eggs of the rare ‘akeke‘e have hatched under the auspices of San Diego Zoo Global conservation biologists. The newly hatched chicks represent hope for the survival of a small Hawaiian honeycreeper.

Eggs from two species of rare Hawaiian honeycreeper birds, the ‘akikiki and ‘akeke‘e, were collected from native habitat earlier this month as part of an effort to preserve these two bird species from extinction.

The eggs were brought into managed care to start a breeding population through a collaborative effort by the Kaua‘i Forest Bird Recovery Project (KFBRP), State of Hawai‘i Department of Land and Natural Resources’ (DLNR) Division of Forestry and Wildlife, U.S. Fish and Wildlife Service-Pacific Islands Fish and Wildlife Office (USFWS-PIFWO), University of Hawaii, and San Diego Zoo Global.

“These three ‘akeke‘e eggs all came from a single clutch,” said Bryce Masuda, Conservation Program Manager, San Diego Zoo Global. “One of the eggs was a bit worrisome because it was losing too much weight a few days ago, but all three hatched just fine. We are continuing to watch the nestlings closely as this is the first time they have been raised under human care.”

The ‘akikiki and ‘akeke‘e are two species of Hawaiian honeycreeper found only on the island of Kaua‘i. These two small bird species have been severely affected by introduced diseases such as avian malaria, as well as loss of native forest habitat, hurricanes, and the introduction of non-native predator species in the wild. Very little is known about them and they have not been raised in a zoological setting before. Conservationists with the HEBCP have worked successfully with a number of other similar native Hawaiian birds and are using these techniques to ensure both species will thrive.

“Both the ‘akikiki and ‘akeke‘e have shown steep declines over the past 10 to 15 years, and now number fewer than 1,000 birds each,” said John Vetter, Forest Bird Recovery Coordinator of the DLNR’s Division of Forestry and Wildlife. “A panel of experts in Hawaiian forest bird conservation was convened in 2013 to identify steps needed to preserve these species and ranked the initiation of captive breeding populations as one of the highest priorities for both species.”

Since early March, KFBRP team members have spent hundreds of hours searching the dense rain forests of Kaua’i’s ‘Alaka‘i Wilderness Preserve for the cryptic nests of these two rare species, said Dr. Lisa “Cali” Crampton, KFBRP Project Leader. “Both nest on tiny branches at the top of the canopy, about 30 to 40 feet high, and camouflage their nests as clumps of moss. To reach the nests, KFBRP devised a suspension system for a 40-foot extension ladder.”

Eggs from the two Hawaiian honeycreeper species were removed from nests and a team of bird experts hiked and helicoptered them to an egg-rearing facility on Kaua‘i. Seven ‘akikiki chicks have hatched so far and appear to be doing well. Four ‘akikiki chicks are already out of their nests and moving around their aviary. Back in the wild, parents of nests harvested earlier this season have started renesting.

Conservation biologists will continue their efforts for the remainder of the breeding season, and have already identified more nests for harvest. The USFWS-PIFWO provided the majority of the funding for the project and a grant from the Mohamed Bin Zayed Species Conservation Fund has also been instrumental in this effort.

KFBRP is a collaboration between the Pacific Studies Cooperative Unit of the University of Hawai’i and the DLNR Division of Forestry and Wildlife. KFBRP’s mission is to promote knowledge, appreciation, and conservation of Kauai’s native forest birds, with a particular focus on the three endangered species: puaiohi, ‘akikiki and ‘akeke‘e. For more information, please see kauaiforestbirds.org. The mission of the Department of Land and Natural Resources’ Division of Forestry and Wildlife is to responsibly manage and protect watersheds, native ecosystems, and cultural resources and provide outdoor recreation and sustainable forest products opportunities, while facilitating partnerships, community involvement and education. 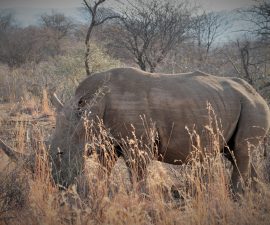