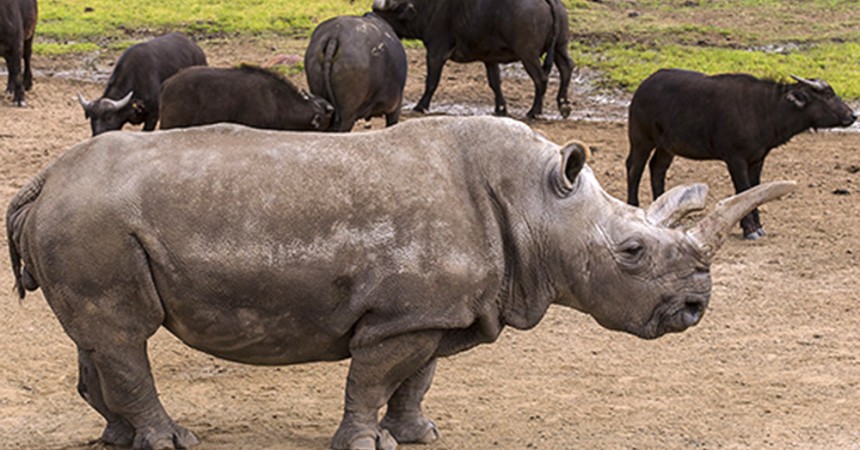 Nola, a critically endangered 40-year-old female northern white rhino, who has been under close medical watch for the past 11 days in a boma at the San Diego Zoo Safari Park, is showing signs of improved health and returned to her 65-acre field enclosure today where she was greeted by Cape buffalo that also share her habitat.

The elderly Nola was placed under veterinary care on Saturday, Dec. 27, after her keepers noticed she had reduced appetite and activity levels and had a thick nasal discharge. To provide the opportunity for optimal health, Nola was moved to a heated enclosure inside the South African Plains field exhibit to provide her comfort from the recent chilly weather and allow the animal care team to keep close watch over her. Veterinarians determined that, in addition to Nola’s age-related issues, she has a sinus infection and they are treating her with antibiotics.

Nola is one of only five northern white rhinos in existence.

Keepers report Nola was pleased to be back in the field where she has ample space to exercise and can enjoy time with her companion, a 45-year-old male southern white rhino named Chuck. 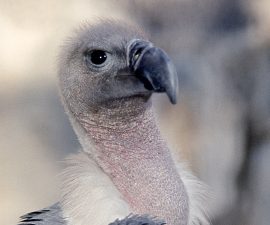 We are getting ready to celebrate some special birds during …
August 31, 2017